Transfer from Opatija airport to Opatija harbour where the vessel will be docked. Check in from 11am (1100hrs). Cruise departs at 1:00pm (13:00) towards Rab, known as the “island of love”, with an old town of the same name. Join the guided city tour, visit the medieval walls and the famous four towers (perhaps climb one of them later!) together with palaces, churches, and squares. There is a slight Montmartre feel with many artists painting and exhibiting out on the streets. Legend has it that local nuns created a special Rab cake for a visiting Pope and we will sample it after the tour. The recipe remains forever secret. Overnight in Rab.

After breakfast, head for Zadar, the oldest university town in Croatia with an amazing heritage and where history looks into the eyes: the Roman Forum from the 1st century, St Donat church from the 9th century – the most famous medieval Basilica and the city’s symbol. The mighty city walls, over 30 churches, museums and former noble families’ palaces and villas in the old town. In recent years Zadar has added a touch of cool with the famous Sea Organs and “Greeting to the Sun” light installations, both located on the city’s waterfront. Watch the fabulous sunset from here. Guided city tour.

Wine and waterfalls! Cruise towards Skradin, then get aboard the coach. The first stop is the famous Bibich winery for wine tasting and light tapas lunch. Back in Skradin, walk through the Krka Waterfalls National Park and visit “Skradinski Buk”. Jaw-droppingly beautiful, this is the most popular of the Krka waterfalls. There are 17 waterfalls, with cascades up to 100 m wide, and the Krka River tumbles 45.7 meters. The afternoon destination is Šibenik, a town situated in the very central part of Croatia’s Adriatic coast. Explore the glorious old town, the cultural monuments and possibly the most famous one here, the UNESCO listed Cathedral of St James. Wander and discover the historic core and waterfront. Some good boutique shopping possibilities too. Dinner on board.

Cruise southern to Split, Croatia’s second-largest city, where Roman Emperor Diocletian built a retirement palace now under UNESCO protection. Split waterfront is a happening place and there is a buzz along the beautiful wide promenade. Join a local guide for a walk through the heart of the bustling old town and the market.

Today, discover one of the last remaining wetland deltas in Europe. Cruise to Metković, on the banks of the river Neretva, after which the delta is named. Here, mandarins grow by the water channels. Take a barge ride to explore the groves, the flora and fauna, wild birds, and the traditional way of life of the Neretva people. There is a delightful, “time warp” feeling like nowhere else on the coast. Visit Narona archaeological museum in Vid, formally inaugurated in 2007 as the first “in situ” museum in Croatia, exhibiting the remains of a Roman temple. In fact, Narona holds the remains of the Roman temple – the Augusteum – and seventeen monumental marble sculptures of Roman emperors and their family members. This is where the ancient Illyrians, Greeks, and Romans once sailed, and, according to legend, the pirates of Neretva planned their raids on enemy galleys. Captain’s dinner with live entertainment onboard is scheduled for this evening.

Departure towards Korčula, an island best known as the birthplace of Marco Polo, the famous explorer. Swim stop and lunch on board. Korčula town is commonly referred to be a “miniature Dubrovnik”, as it is encased by medieval stone ramparts and towers. Sightseeing with a local guide through the old town and tiny streets, built in a fishbone pattern for a reason you will learn about on the guided tour! Lots of simple konobas, restaurants and cool cocktail bars for chill-out time. Overnight in Korčula.

There is no better way to catch the first sight of your final destination – the famous town Dubrovnik – than approaching from the sea. It is one of the few walled cities on the sea in the world. Writer George Bernard Shaw described it as “heaven on earth”. Cruise alongside the old city walls for a true perspective of the majesty of this town. Lunch is served on deck as headed for the Gruž harbour to dock. Once moored, join a transfer to the old town for a guided walking tour. In your free time, why not walk a 1940 metres long famous ramparts! Take the cable car from the Old Town to the Srđ mountain for fabulous views of the city itself and the Elaphiti Islands (ticket included). If you want to explore any of the museums in more detail, such as Sponza or Rectors, now is the time.

After breakfast, it is time to say goodbye to the crew and all your new friends! Check out by 9.00am and transfer to Dubrovnik airport or hotel in Dubrovnik. End of our services.

Complimentary coffee and tea throughout the day

Olive oil and wine tasting on board

Any beverages or food not listed in itineraries

All other entrance fees not mentioned in the inclusions 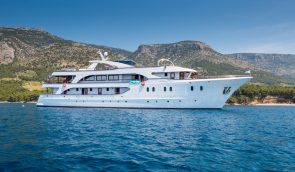 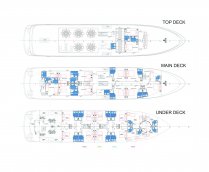 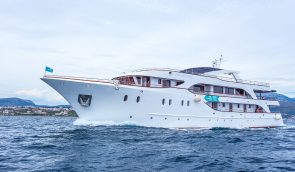 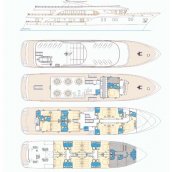 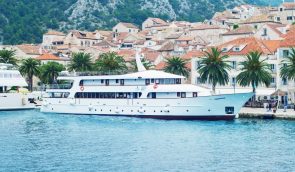 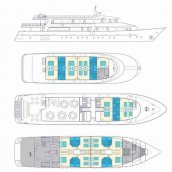 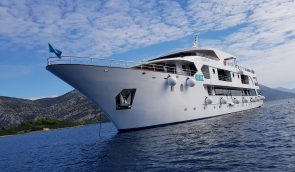 Guests must follow ship rules (to be found in written form on the ship) especially with regards to not bringing drinks on board and in case of bad behaviour, the tour operator/captain reserves the right in asking clients to disembark. 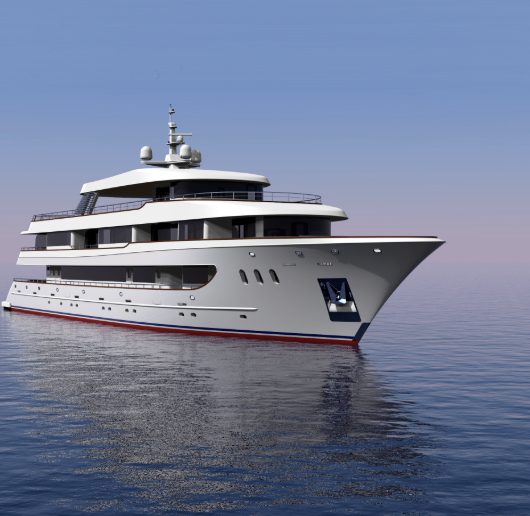 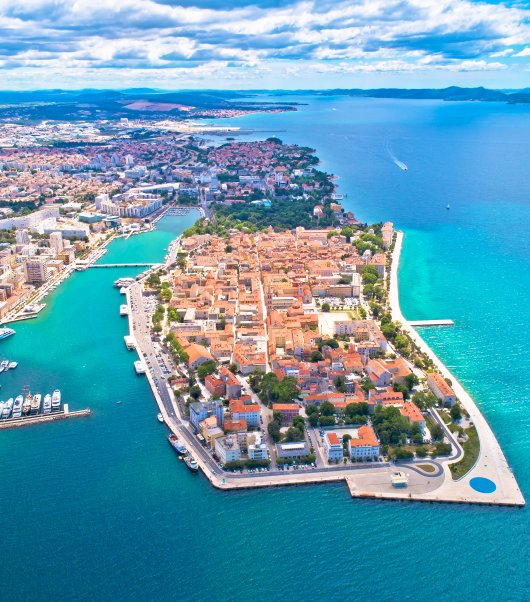 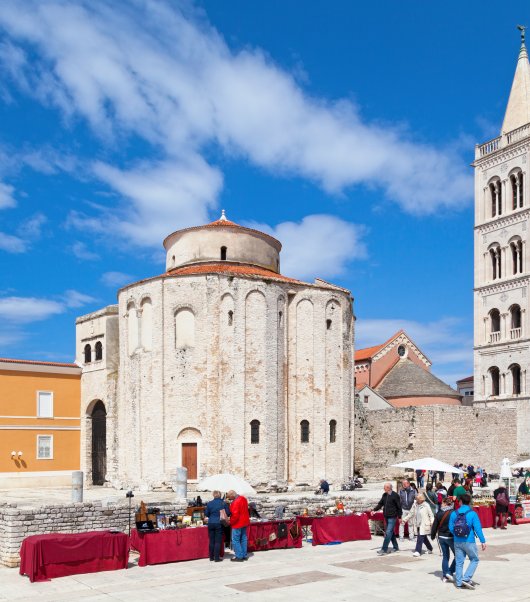 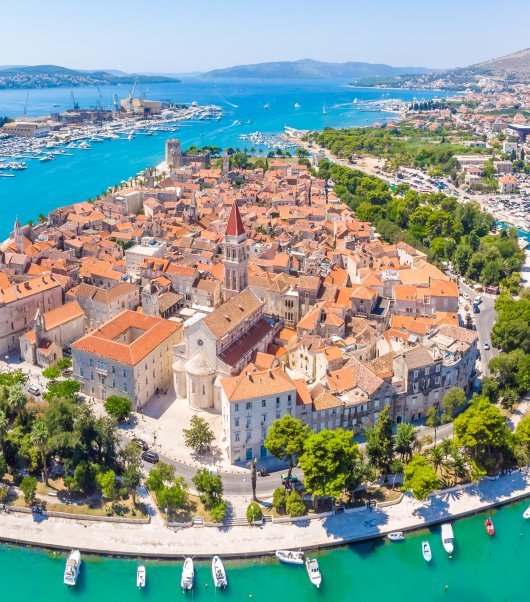 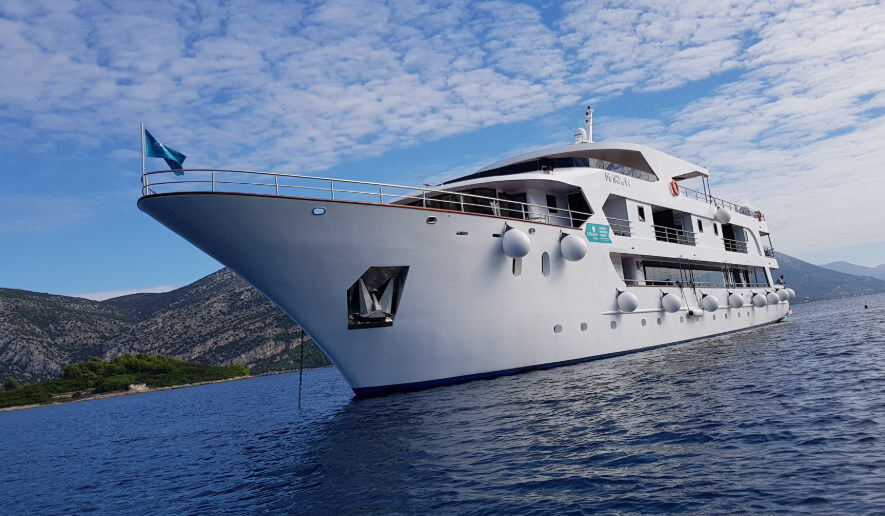 Fill out the form to get the ‘Adriatic Explorer Opatija – Dubrovnik Cruise’ brochure containing all the important information right to your inbox.