An unforgettable Sicilian experience with Puglia

Transfer to the hotel in Palermo that will be used on the tour. Rest of the day is at leisure. In the evening, you will meet our tour leader and your travel companions. Enjoy a welcome dinner. Overnight Palermo.

After breakfast in hotel, the morning will be spent visiting Monreale, its huge Norman Cathedral, proclaimed the Eighth Wonder of the World, and its splendid Cloister in Arab-Norman style: admirable masterpiece of art,
sculpture, and semi-precious stones marquetry! Later you will discover the stunning Palermo, one of the richest towns in the island for its history and art. Palermo stands on a bay dominated by Mount Pellegrino, a headland described by Goethe as the loveliest he had ever seen. While the Baroque predominates, there is a profusion of different architectural styles reflecting the city’s multicultural past: Punic walls, Art Nouveau villas, noble residences, 17th century squares, including an elegant opera house. Visit of the wonderful eclectic Cathedral, the astonishing Martorana Church and the amazing Cappella Palatina, admirable example from an historical and an artistic point of view, and a prove of how different cultures, religions and way of thinking apparently incompatible can coexist. Ruggero II employed Bizantyne, Muslim and Latin workers. During the day, you will have a stop for a surprise to taste the local street food in a local bakery. Free time for lunch. Along the path you will admire the famous Teatro Massimo and the debated fountain in Pretoria Square, situated in the ancient Kalsa area and adorned with 16th century sculptures. Dinner and overnight in hotel. Overnight in Palermo.

After breakfast transfer to Cefalù, charming Medieval town situated at the northern coast of Sicily. Visit of its stunning Norman Dome and free time to stroll through the town or to visit the famous and well-known Mandralisca Museum. Arrival in Catania and free time for lunch. Later on the tour will continue visiting Catania’s historical centre stated Unesco World Heritage Site, with its original Baroque style and its unique streets built with black lava stone. The colour scheme of the city-centre buildings is black and dark grey, relieved with white limestone details around doors and windows. The effect is extremely elegant! The walking tour will start from the scenic Duomo square with its magnificent Cathedral and the famous “Liotru” statue, antique lava-stone elephant, symbol of the city. Not far from here we will reach University Square and we will have a walk along the splendid baroque Via dei Crociferi, the most representative 18th century street in Catania, where we will admire the famous S. Benedict Monastery, Unesco World Heritage Site. Continuing the visit enjoy a break in a historical bar of the city centre to taste the typical “granita & brioche”. Dinner at the hotel or in a restaurant nearby and overnight. Overnight in Catania.

This morning after a short visit of the famous “pescheria” (the ancient fish market) in Catania, the tour will continue with an excursion to the Mount Etna, the highest (c. 3350m) volcano in Europe and one of the largest and most active in the world, nowadays Unesco World Heritage Site. Its regional park protects 59.000 hectares of unique geology, flora and fauna, villages and farms, and traditional methods of forestry, bee-keeping, wine manufacture, stonework and carpentry. Views of stunning landscapes will amaze you heading to Rifugio Sapienza. You will reach the “Crateri Silvestri”, small volcanic cones now inactive, surrounded by ancient lava flows. The view beyond the mountain’s hundreds of subsidiary cones and craters, can extend across the whole of Sicily, the Aeolian islands and Calabria. The spectacle is unique! You will have a stop to enjoy the local homemade honey and some typical products of the area. The tour continues towards Taormina, charming town renowned for its magnificent position above the sea commanding a celebrated view of Etna. Free time for lunch and in the afternoon visit of Taormina’s fascinating Greek theatre which will leave you breathless for its commading view on Giardini Naxos bay and the Etna mountain! Free time for a nice walk among the picturesque Medieval typical narrow streets, to go shopping and looking around the local handicrafts (coral jewels, precious laces, ceramics, pastries and much more). The day will end with an overview of the beautiful Riviera dei Ciclopi. Back to the hotel in Catania for dinner and overnight. Overnight in Catania.

Breakfast in hotel, transfer to the airport and direct flight – or with a layover – to Bari. Transfer, dinner and overnight in hotel. According to flights’ schedule, free time to discover Catania and its city centre, declared Unesco World Heritage, or to enjoy the stunning Bari. Overnight in Bari.

After breakfast, meeting with the guide. Travelers will discover the stunning Matera, popular for its “Sassi”, the ancient part of the city, where buildings alternate with rock caves and labyrinths. The old town reveals a fascinating and complex history with a charming fusion between landscapes and cultures; Matera is also famous for being the movie set of great masterpieces, including Mel Gibson’s “The Passion of the Christ”.
After free time for lunch, departure towards Bari, Apulia’s capital, which has always been considered an important connection with the East. Several studies have shown that the actual district of Bari Vecchia was inhabited since Prehistorical ages, thanks to the geographical location and its favorable conditions to find food and water. In the popular and lively Bari city center, travelers will admire: the wonderful Basilica of St. Nicola – with its XVIIIth century crypt – the impressive San Sabino Cathedral with remarkable rose windows, the Norman Castle, a stunning Medieval fortress dating back to 1131 and rebuilt by Federico II. Then the Murat quarter a typical XIXth century district featuring wide avenues and elegant balconies with wrought-iron decorations. Return to the hotel, dinner and overnight. Overnight in Bari.

After breakfast, the tour proceeds towards Polignano a Mare, the city of “gelato” (ice-cream) and Domenico Modugno birthplace, Italian celebrated singer, to whom a statue was dedicated. Time for a walk in the city center among streets and shops. Transfer to Alberobello, a symbol of central Apulia. Guided tour in the city centre, all made up of “trulli”. These ancient circular limestone buildings, featuring pyramidal roofs, are part of UNESCO World Heritage Site. We also discover the Trullo Sovrano, National monument since 1923. Located in the northern area of Alberobello, it is the one and only Trullo with an upper floor, reachable with a masonry stair. Then the tour proceeds to Ostuni, where you can spend free time discovering the old town known as “white city”, with its exceptional landscape and architectural heritage. Transfer to Lecce with dinner
and overnight at the hotel. Overnight in Lecce.

This morning the tour will continue to Lecce, the most important Baroque city of Apulia. It reveals stunning architectural heritage and a fabulous mix of styles and ages: the Santa Croce church, the wonderful Sant’Oronzo square, the Roman amphitheater – the heart of the city- the impressive Duomo with its particular bell tower. Along the way, you will visit a papier-mâché lab, a real pride of local craftsmanship, and enjoy a wine aperitif in the main square. After lunch, the afternoon will be dedicated to the charming Gallipoli. The ancient Kalèpolis, also called “beautiful city”, rises on an island connected to the mainland by a XVIth-century bridge. The group will visit the city center, the majestic Sant’Agata Cathedral, the Church of Santa Maria della Purità and an ancient 1600 hypogeum oil-mill located under Palazzo Granafei. Return to Lecce, dinner and overnight. Overnight in Lecce.

After breakfast, end of our services.

Local guides or audio-guides where necessary

Additional: $572 per person (price based on twn/dbl room). Available to select at time of booking.

Private transfers from hotel in Catania to Catania airport

Tips and extras in general

Entrance fees at monuments and museums: 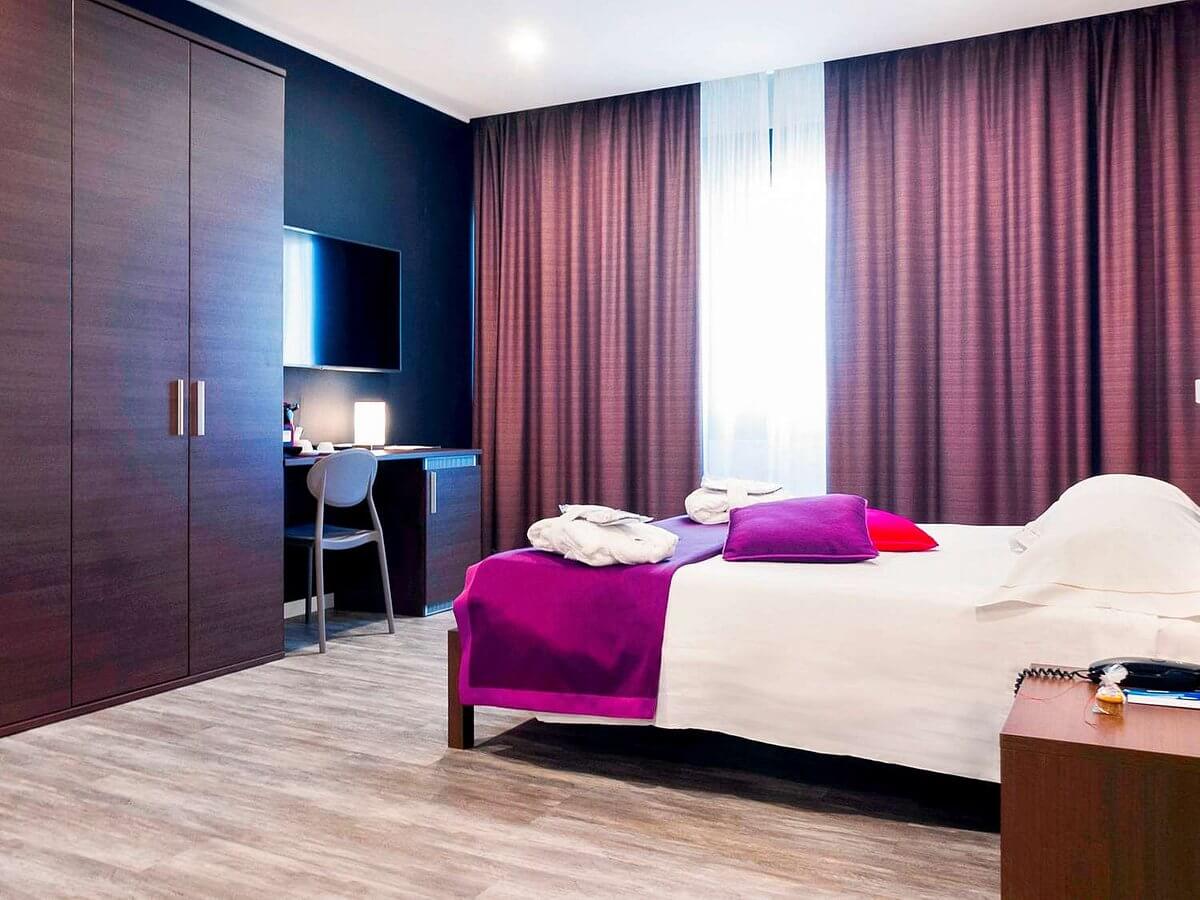 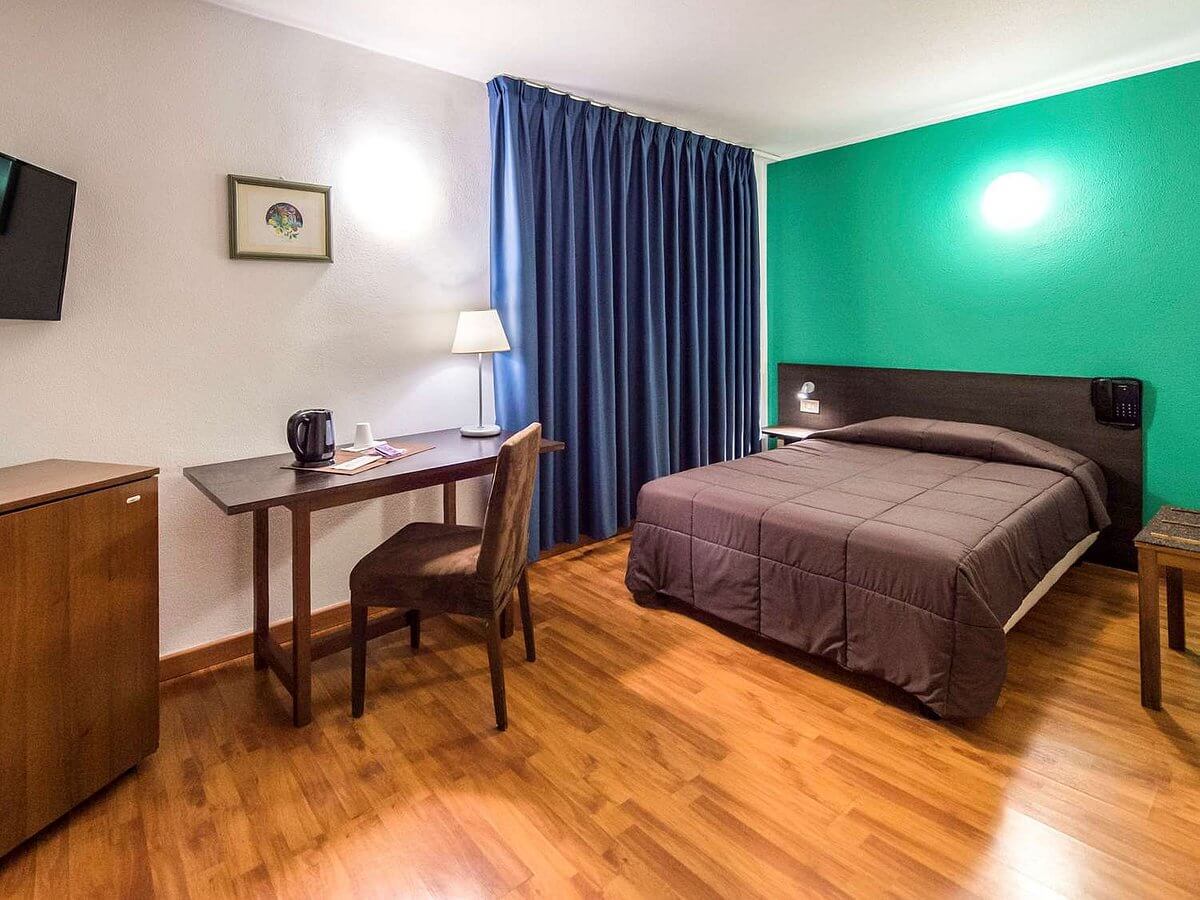 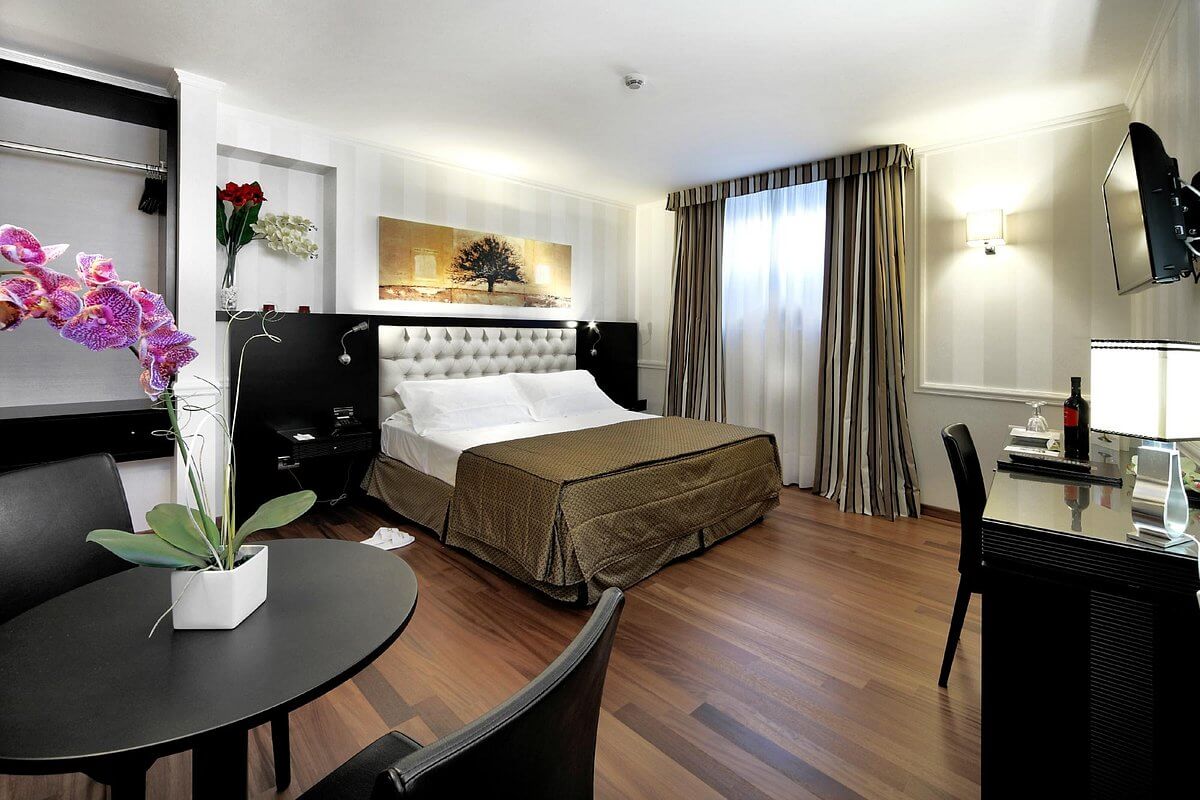 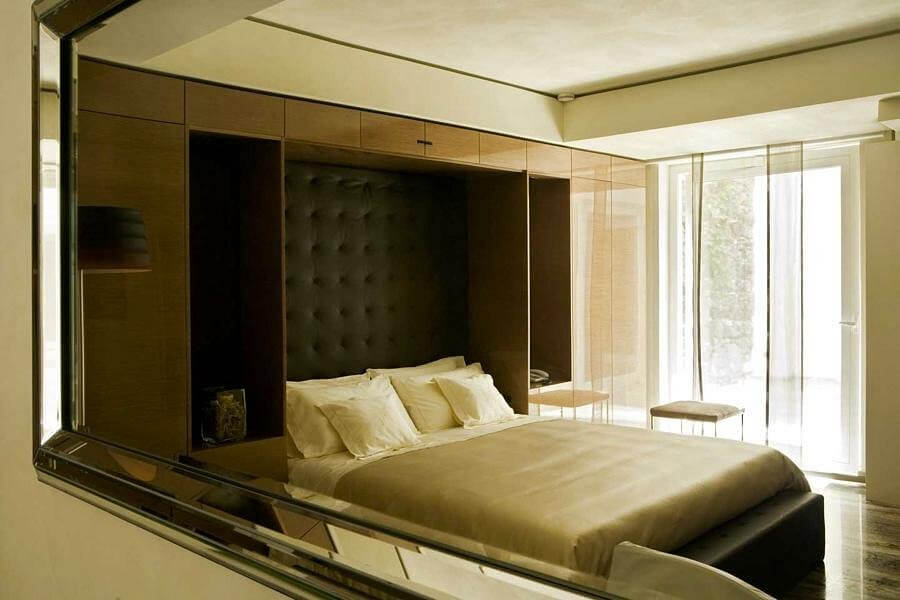 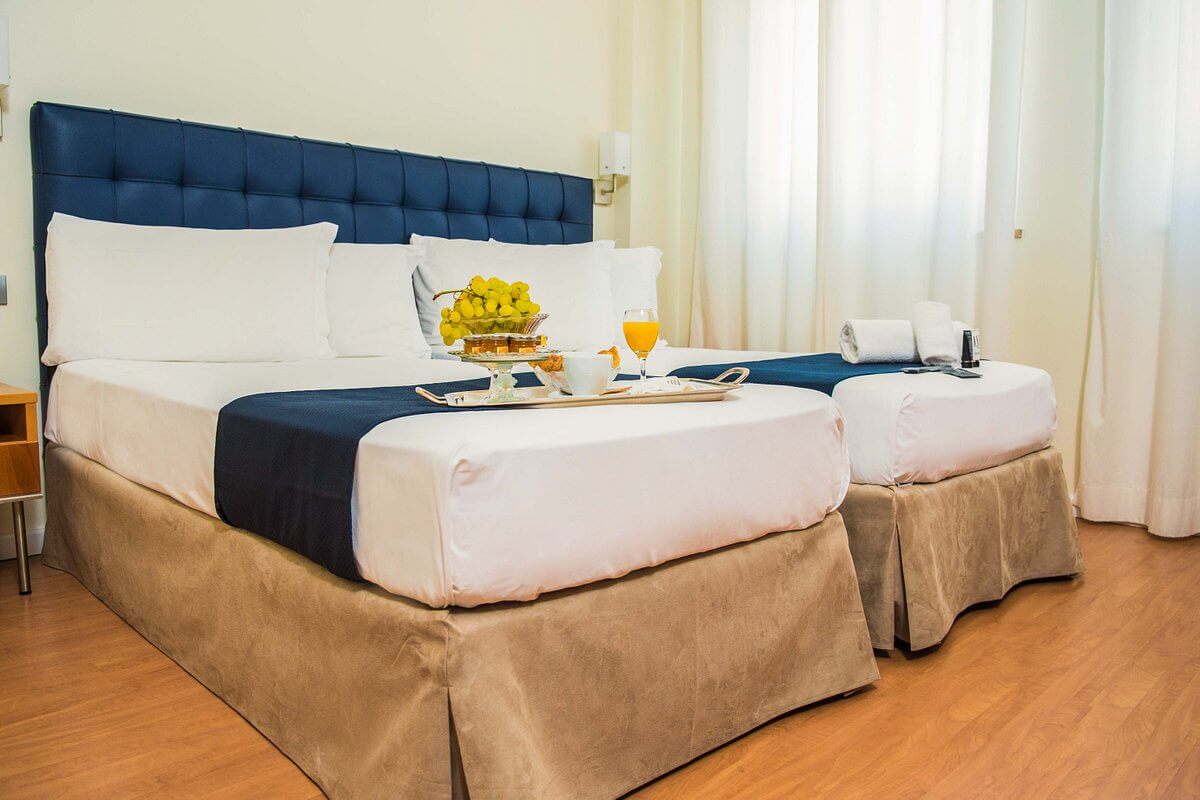 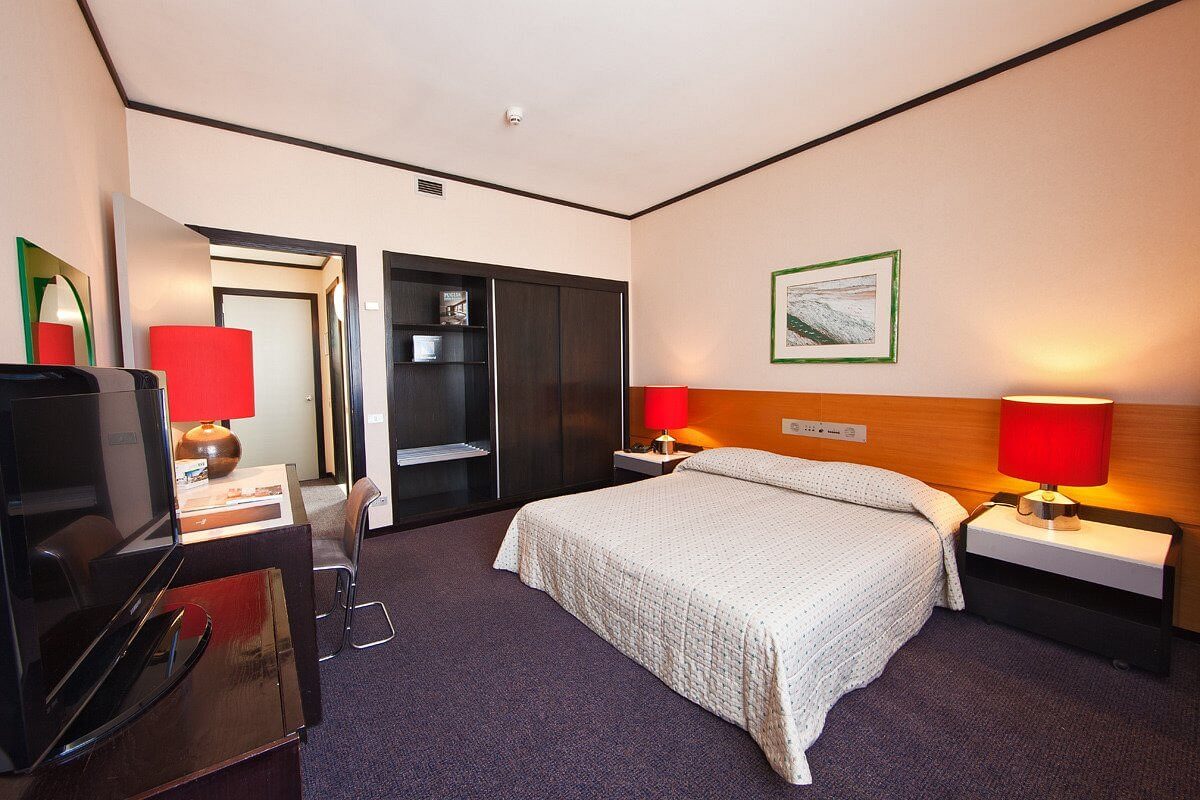 Hotel rooms may not be available for check-in before 2:00 p.m. Hotel taxes, service charges and tips for baggage handling are included in the tour price.

Tour can be a combination of regular tours, therefore coach changes may be required.

A government tourist tax may need to be paid locally upon arrival at your hotels. 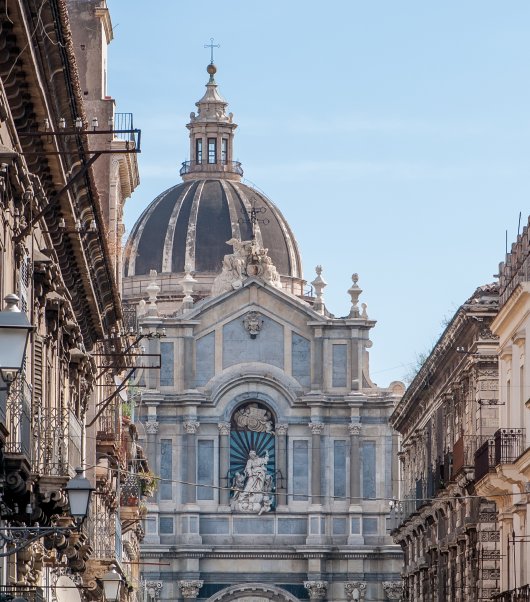 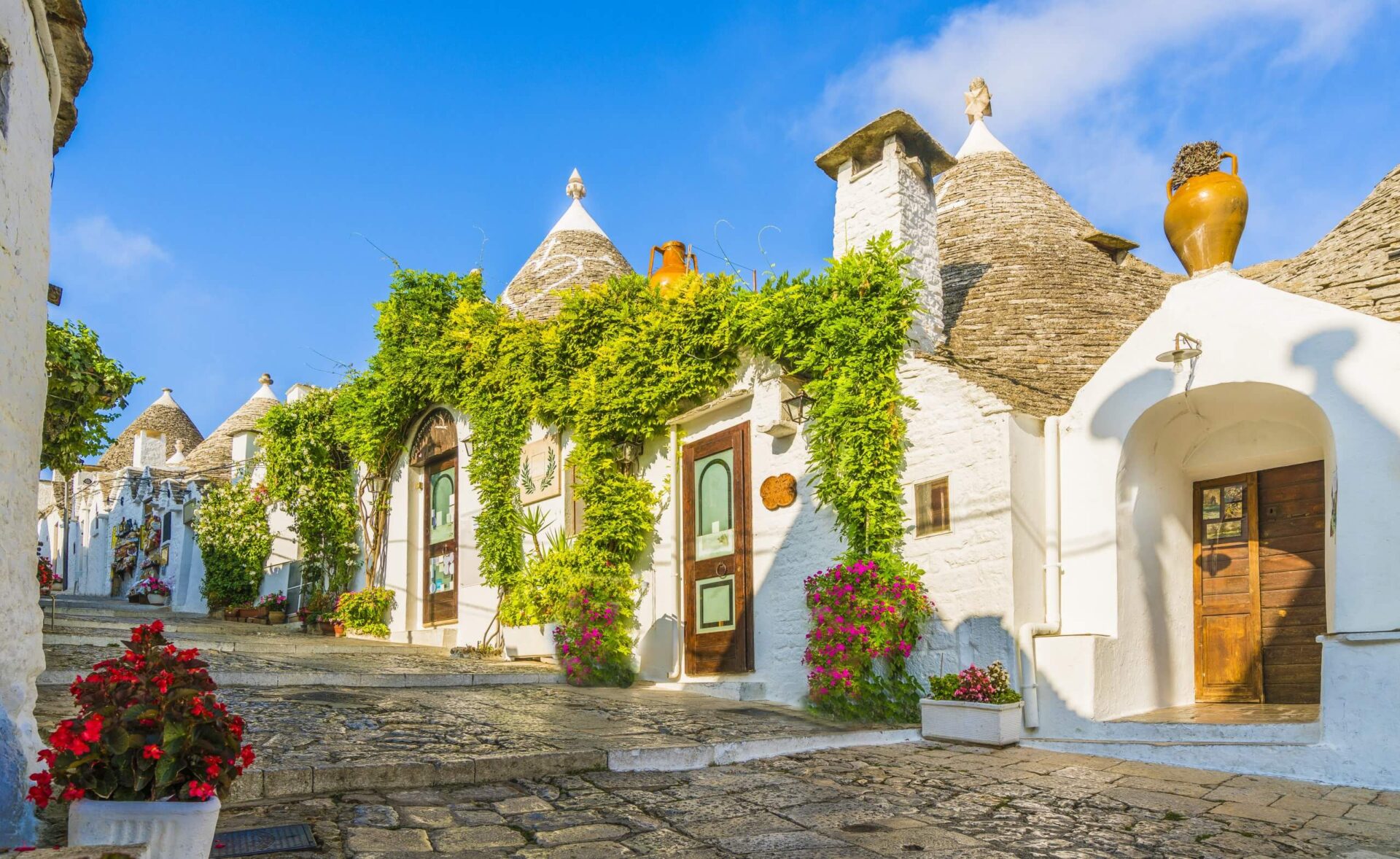 Fill out the form to get the ‘Sicily & Puglia’ brochure containing all the important information right to your inbox.