Departure at 8:30 am from Starhotel Ritz in Milan to the Lake Orta, a small and charming lake situated in the North-eastern side of the region Piedmont. Stop in the beautiful village of Orta San Giulio for a short visit. Then, tour by private boat to reach the island of San Giulio, just in front of the village: it is the pearl of the lake, almost entirely occupied by the Monastery Mater Ecclesie, famous for studies on antique books. After a short visit, back to Orta and departure by bus to Stresa, on Lake Maggiore, one of the largest Italian ones. Wedged between the foothills, and of clear glacial origin, it is framed in its lower section by the soft hills of the region of Novara, and in the upper section, by high mountain peaks, some of which with perpetual snow. These features make possible an average temperature during all seasons, milder in winter than in the inner areas and cooled down in summer by the breezes that blow on the water’s surface changing its colour. Due to its mild climate, many species of flowers and plants typical to the sub-tropical climate could adapt to the lake areas climate. Arrival in Stresa, an international tourist resort situated in a central but also panoramic and picturesque position along the lakeside roadway, stands just in front of the ‘Borromee’ islands. Free time for lunch. In the afternoon, tour of the Pescatori island (Fishermen island) by private boat. The island was named after the main activity which over the centuries has characterized this fishermen town. Although only few families still maintain the original activity, the identity of the small community appears intact. Tourists are fascinated by its simple houses, the narrow lanes, the stone portals, and the attractive underpasses. We will continue to the Bella Island. Return to Stresa. At the end of the visit, departure to Como. Overnight in Como.

Breakfast at the hotel. Short visit of Como. An amazing small province rich of atmospheres, panoramas, and human takeovers. In little kilometres you can admire the high mountains over the lake, the wild alpine valley and the industrialized brianzola area, the city area of Como and the villages of little houses. Lake Como. It has been famous for its setting at the intersection of the three branches of the Y-shaped lake, and it is also known as Lario. Board the boat we reach Bellagio, situated at the tip of the peninsula separating the lake’s two southern arms, with the Alps visible across the lake to the north. Divided in three branches, is situated on the most renowned beach on the Italian landscape. It is a picturesque village with small streets, luxury hotels and villas and gardens. Visit. Before lunch, we invite you to try a Prosecco as a welcome drink to Bellagio in a typical wine cellar.  Free time for lunch. In the afternoon, departure with panoramic route along the lake side. to Bergamo. City characterized by a division of the urban structure on two levels, the “Lower town” (Città bassa), modern and dynamic and the famous “Upper town” (Città alta), a truly historic and artistic jewel. After a short walking tour inside the old town with many beautiful churches and monuments, transfer to the modern town, with the best shops, restaurants, and museums. Overnight in Bergano.

Breakfast at the hotel. Departure to the Lake Garda, the largest Italian one. Lake Garda offers the visitor a splendid natural scenery, full of colours, surrounded by the Dolomites of Brenta in the north and the gentle slopes of the hills in the south. A rich vegetation flourishes thanks to the Mediterranean climate: lemon trees, oleanders, magnolias and bougainvilleas. The cultivation of vineyards and olive groves produces good wines and olive oil. Arrival in Sirmione where the lake offers its best panorama, sunny with the blue of its waters and the green of its trees. Boat tour to have a nice view of the Sirmione Cape, the castle and the Catullo’s ruins. Next, departure to Riva del Garda on the North side of the Lake. Its historic centre shows the signs of the Venetian domain. Free time for lunch and then outgoing to Verona. Overnight in Verona.

Breakfast at the hotel and visit of the famous city of Verona. It is a work of art in itself: a fascinating crossroad of historical periods and cultures (classical and Germanic), a blend of both Nordic and Mediterranean influences; the city is at the same time ancient and modern. A walk through its narrow streets allows us to get in touch with its varied and fascinating past: traces of its splendid Roman origins, its prevailing medieval structure dating back to the time of knights and castles, its magnificent Renaissance palaces as well as the impressive fortifications which protect it. A suggestive blend of art and history which continuously fascinates the onlooker. We will visit Piazza Bra with the Arena, a Roman amphitheatre, Via Mazzini, Piazza delle Erbe e dei Signori with the monument to Dante Alighieri and Juliet’s Balcony. Next, departure to Cortina d’Ampezzo with route through Val di Fiemme and Val di Fassa, two of the most wonderful valleys of the Dolomites area. Today you will be invited to taste red and green local apples. This region includes many small villages typical of a mountain setting. We stop in Canazei, important place for tourism in all seasons, due to the wonderful view given by this part of Dolomites that call thousands of tourists every month. Short visit. Continuation to the Marmolada, the highest glacier of the eastern Alps. Through Giau Pass, an amazing viewpoint towards Cortina, we will reach our destination. Cortina d’Ampezzo, probably the most renowned one because of its historical importance in Italian summer and winter holidays since the 1950’s, is in the middle of the large valley of Boite. Cortina is not only a tourism resort but also the centre of traditional works, as for example, wood manufacturing. Overnight in Cortina D’Ampezzo

Breakfast at the hotel. Outing to Lake Misurina (situated in a perfect position among woods and Dolomites tops, Three peaks of Lavaredo the most important ones, probably one of the best places for alpinism experts). Then, way to Lake Dobbiaco, with a strange and shining colour emerald of its water that makes it as unique in the world. Visit of Val Pusteria and Val Badia, probably the most typical valleys of the region, having a stop in a village to have lunch at your own. After that, we will cross Falzarego Pass coming back to Cortina, in order to have free time for the rest of the day. Overnight in Cortina D’Ampezzo.

Breakfast at the hotel. Today you will be invited to taste the flavourful speck, a kind of smoked ham, typical of the Dolomites valleys. Route through several Dolomite Passes: the Val Parola which is situated in the basin that surrounds Cortina leads to the Val Gardena that offers to us a marvellous view, both in winter and summer. At Sella Pass, we will have the chance to enjoy the landscape of the Val di Fassa. Through Passo Costalunga, we arrive to Lake Carezza. Stop to have a look to this wonderful lake. Then, departure to Merano, the second biggest city of the province after Bolzano. Famous worldwide for its Christmas market, Merano is also a charming and amazing cultural and historical centre. Visit of the old town and lunch at your own. Second half of the day dedicated to Bolzano. Important commercial centre in the Middle Age, it has increased its industry productions during the World War. Tourism still represents the first resource of local economy. Visit of Duomo: the Cathedral, with a gothic style, is considered as the symbol of the town; finally, we’ll visit the main central streets, as Via dei Portici, core of the Medieval town. Rest of the evening free for your personal visits. Overnight in Bolzano.

Breakfast at the hotel. Departure to Trento, capital of the region through the so called Weinstrasse, the route of the wine, where small villages like Caldaro or Trameno offer relaxing and amazing views. Short stop for visiting the area. Arrival to Trento. The city is dominated by the castle, known as del Buon Consiglio, symbol of the House of Habsburg which dominated the district for many centuries. Santa Maria Maggiore, built in the XVI century and one of the first work of Renaissance and Gothic age; Palace Geremia, building that represents the XVI century and Piazza Duomo with the beautiful Cathedral of Saint Vigilius. Lunch at your own. Departure to come back to Milan. End of services.

Touring as per itinerary

Hotel taxes, service charges and tips for baggage handling are not included in the tour price

Drinks are not included in meals

Other meals, snacks and drinks 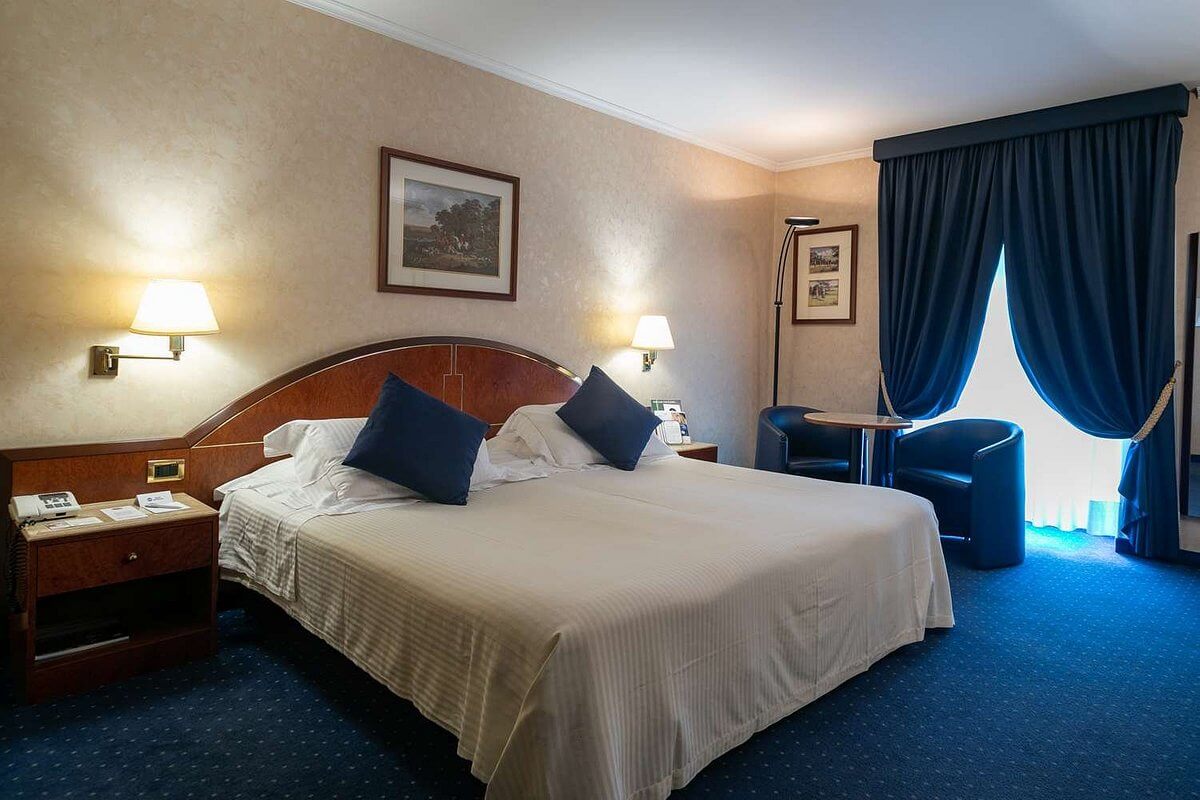 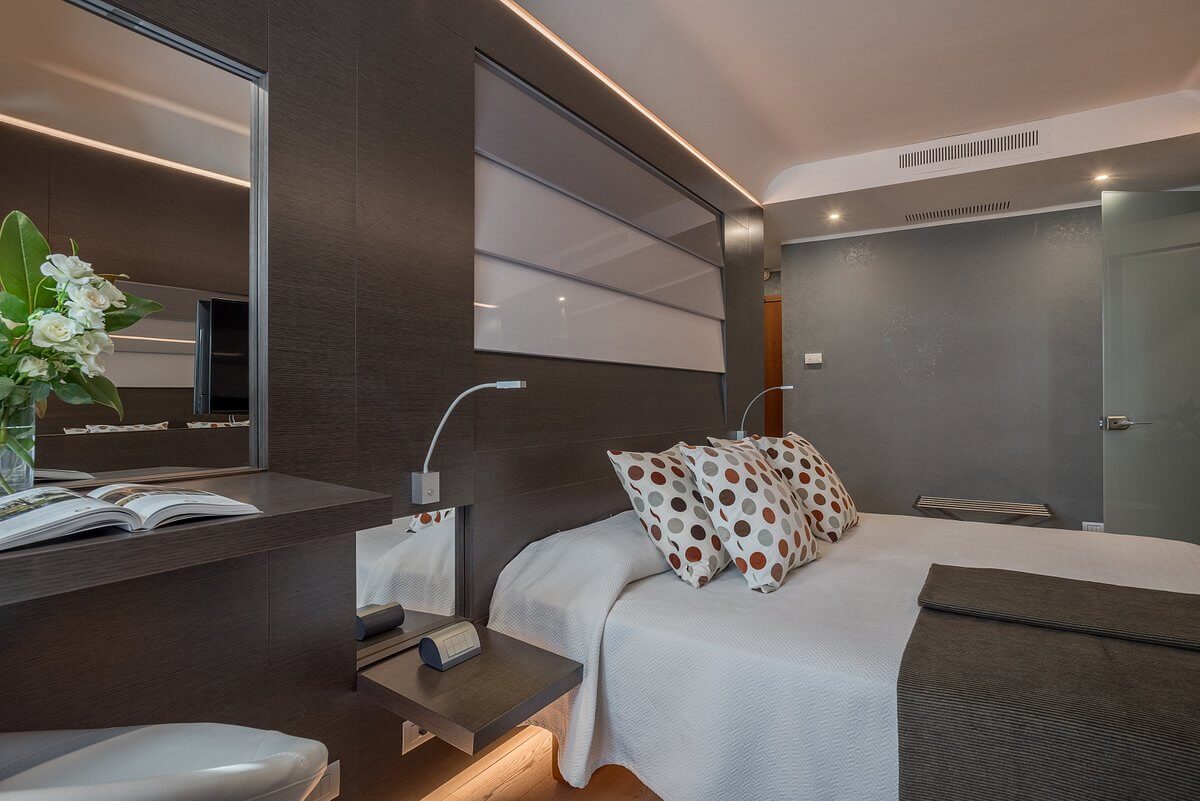 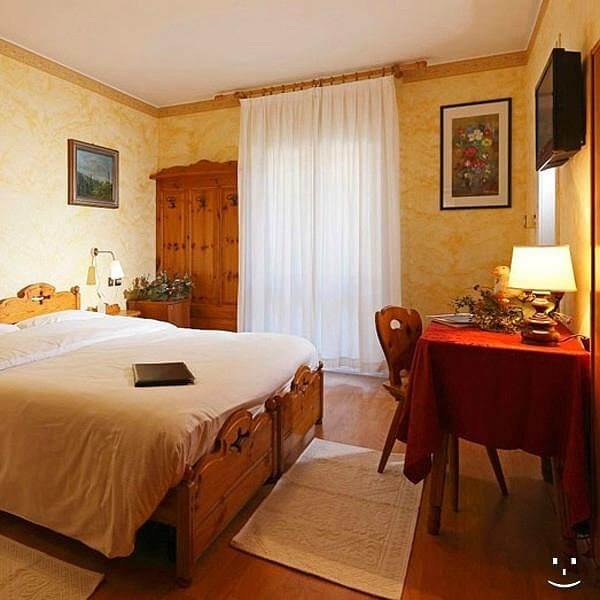 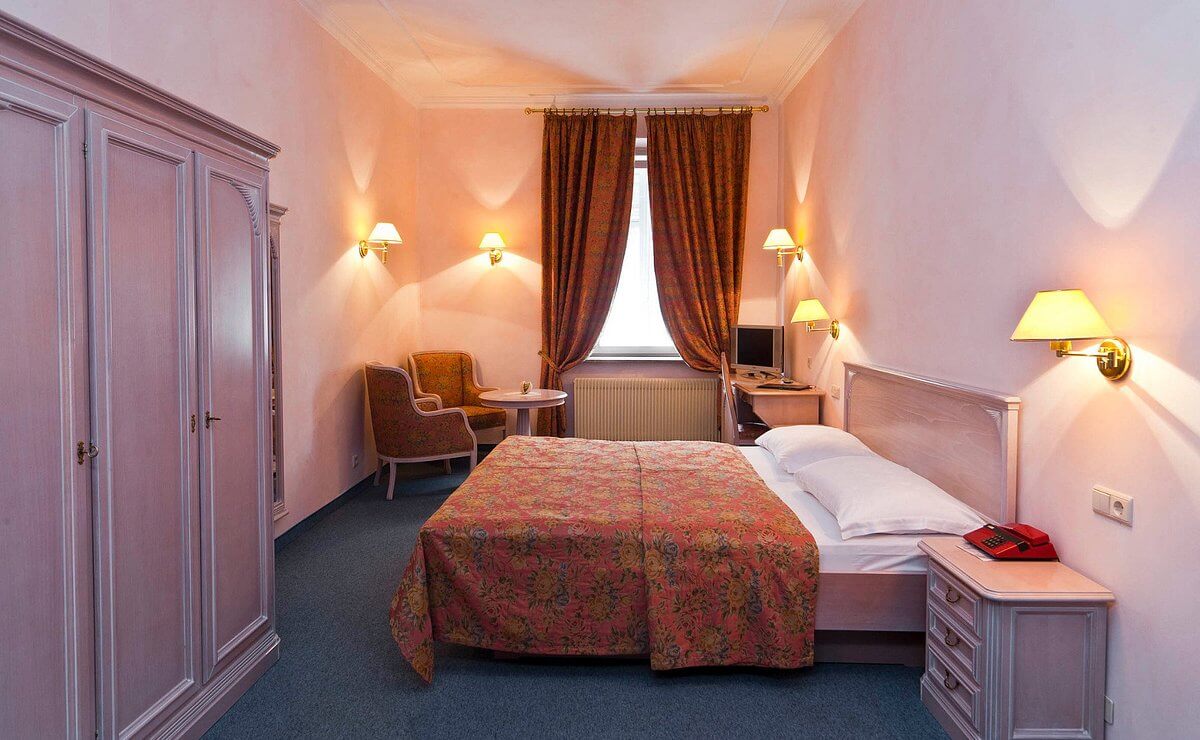 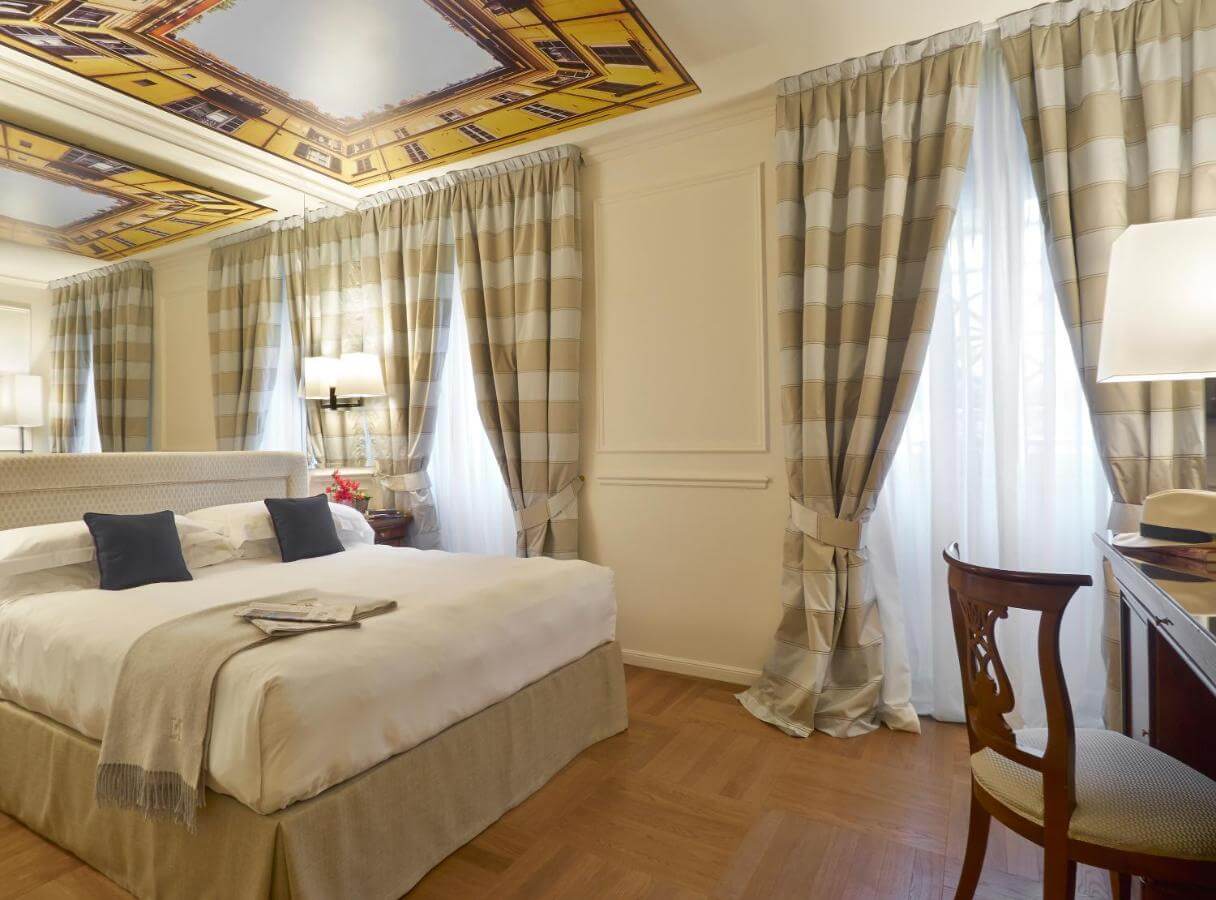 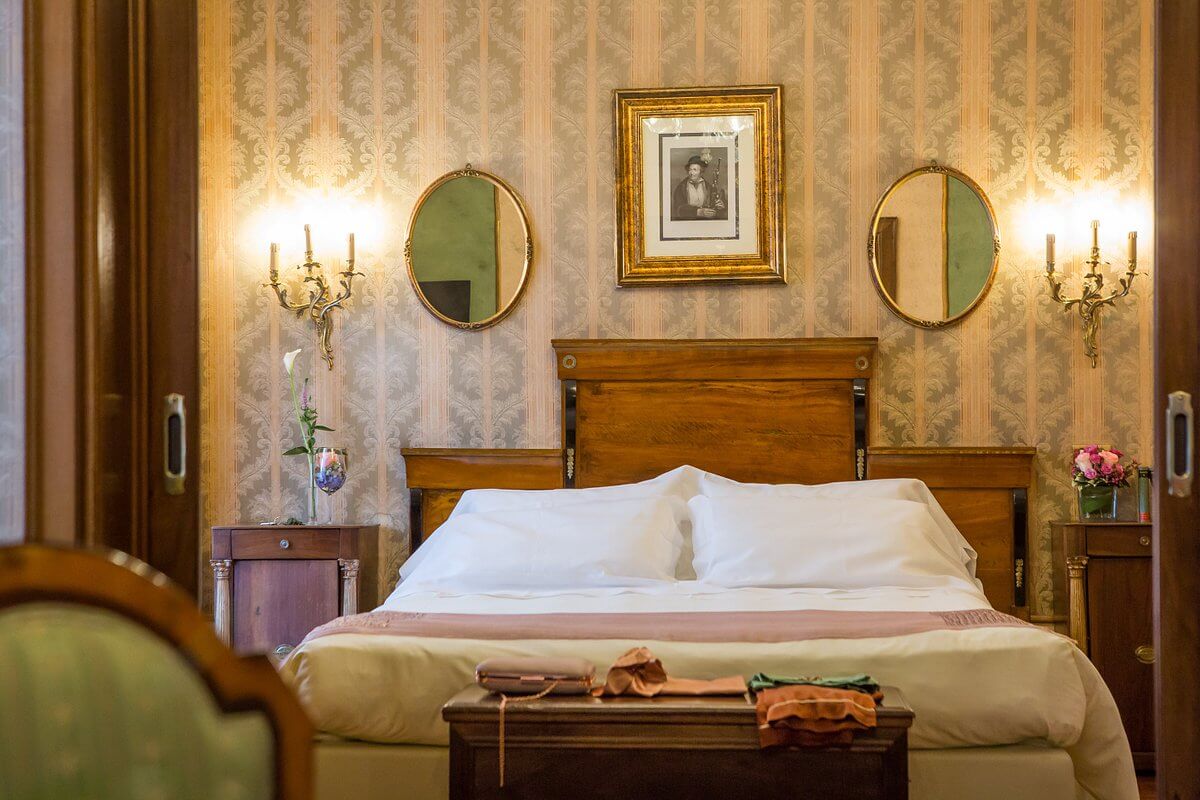 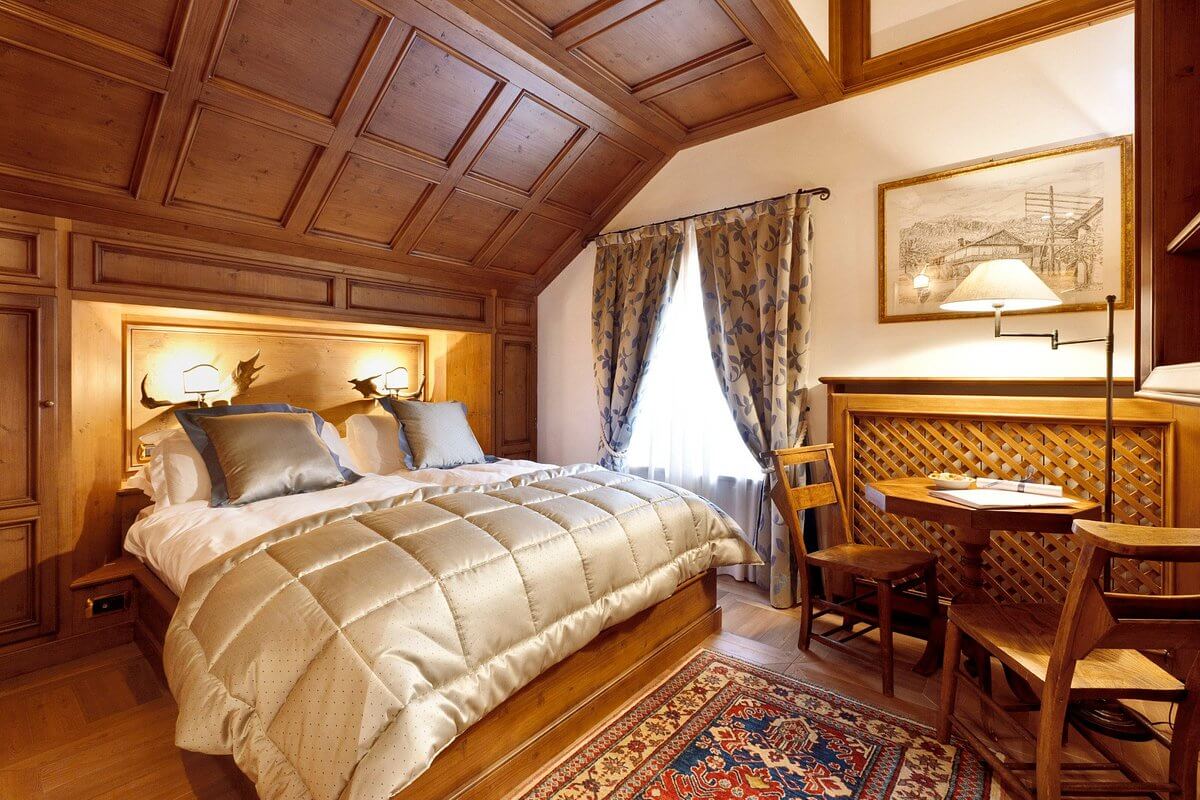 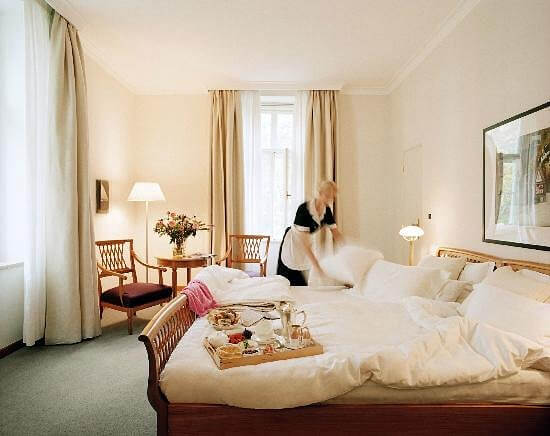 Accommodation is subject to change without notice. Every effort is made to avoid hotel changes, but should a mid-tour hotel change become necessary after this list has been printed, contact details of the new hotel will be supplied to you by your Tour Director.

Hotel rooms may not be available for check-in before 2:00 p.m.

Tour can be a combination of regular tours; therefore coach changes may be required.

A government tourist tax may need to be paid locally upon arrival at your hotels.

Please note, services that include a private boat (Lake Orta, Lake Maggiore, Lake Garda) are subject to weather conditions. If the weather is unfavourable, an alternative activity on land will be offered.

We were lucky to have such an amazing tour director- really the best of the 3 trips we had with Sun Island!
Annette 23 Sep 2019
Rome to Venice

Review for: Rome to Venice

I had the pleasure of taking this tour over 4 days departing from Rome taking in Assisi, Siena, Florence, Bologna, Padua and ending in Venice. All destinations were beautiful with incredible history. Sabrina was our wonderful tour guide and was very knowledgeable, professional and kind. Alberto our lovely bus driver delivered us safely to our destinations and they were a great team.
Jodie 20 Aug 2019
We booked a short 5 day tour

We booked a short 5 day tour through Sun Island Tours. Rome return (Visiting the Amalfi Coast with a stop in Pompeii. The guide was great, She even helped us with the next leg of our trip (different operator). I forgot the bus driver name but he was very good and helpful. Guide Paula leaded the group through Naples and Pompeii, she was great. The drivers to and from Amalfi were very good. Amalfi Coast & Capri were incredible as imagined.
Add New Review 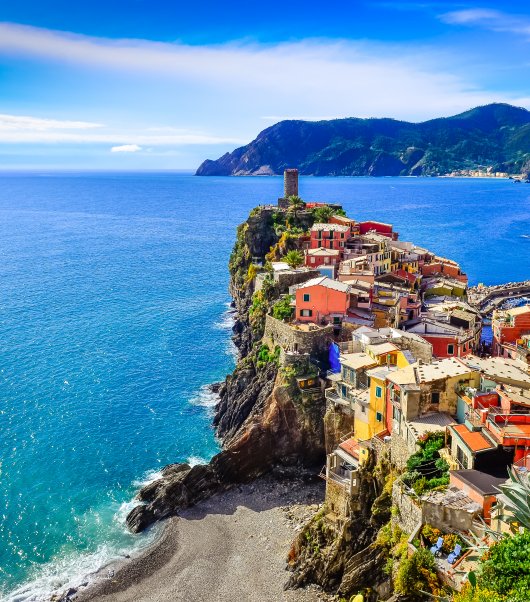 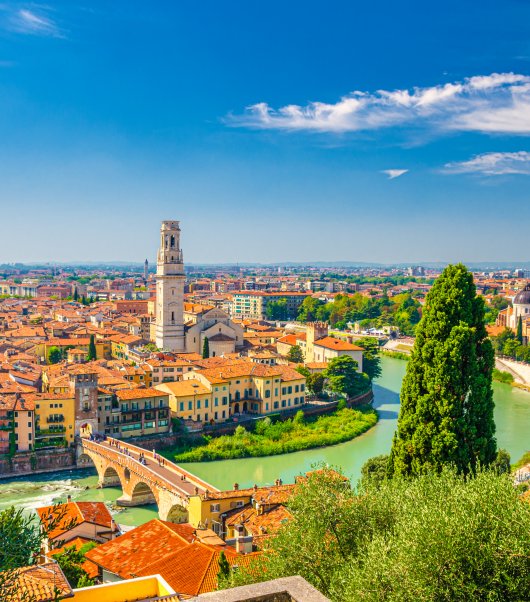 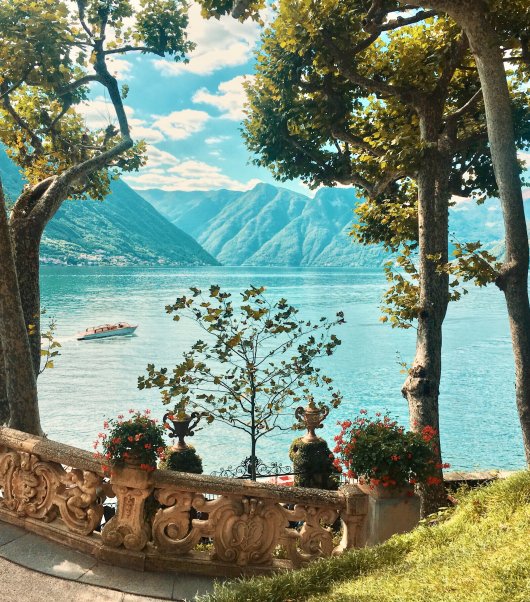 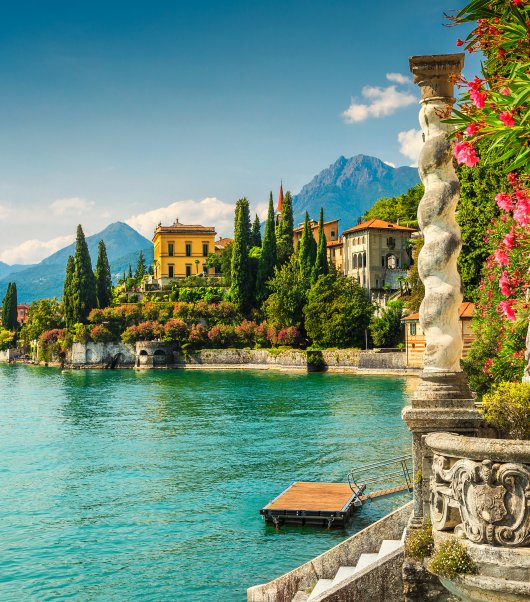 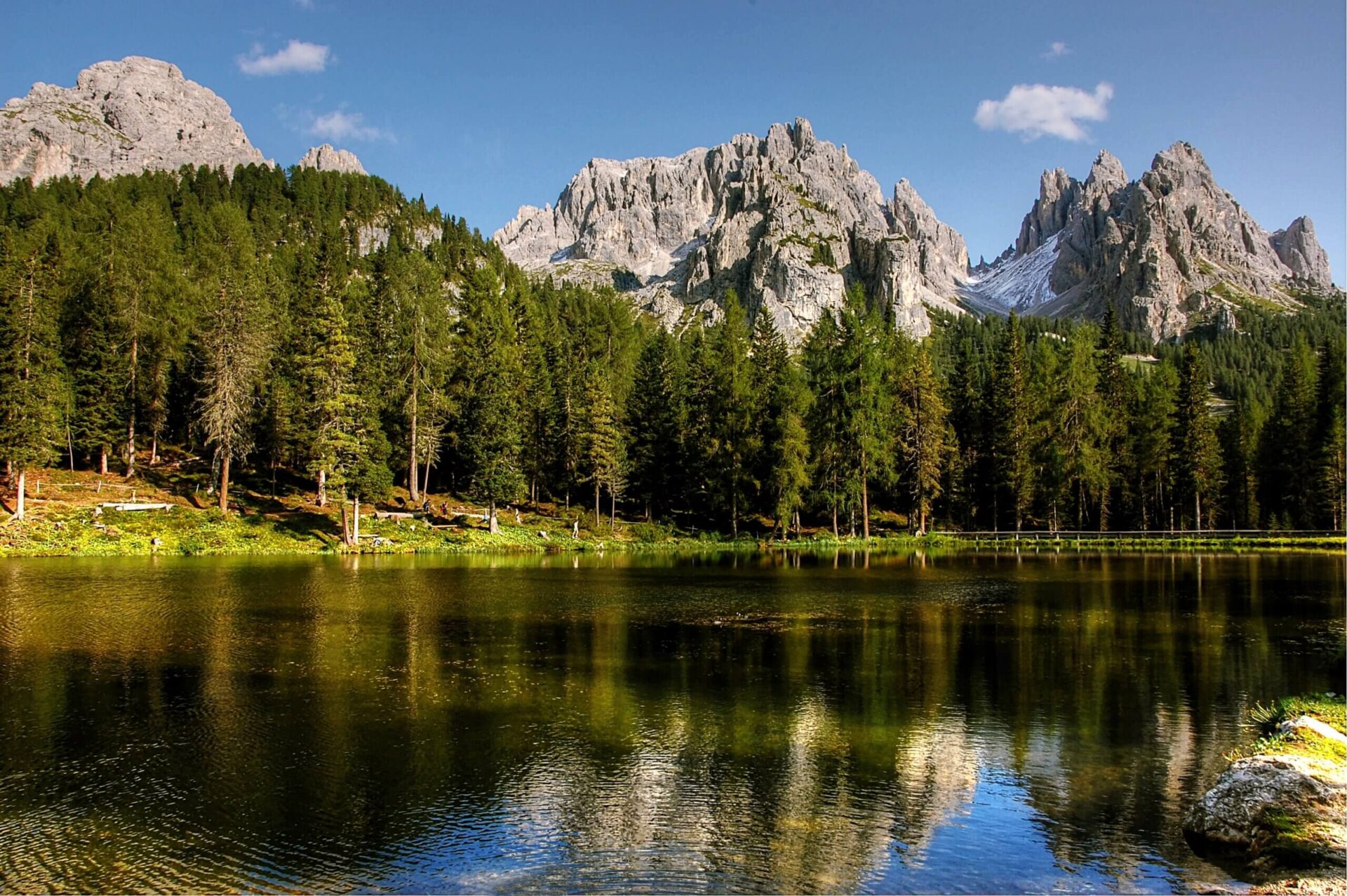 Fill out the form to get the ‘North Lakes & Dolomites’ brochure containing all the important information right to your inbox.