Meeting point with our English speaking guide is at Piazzale Roma in Venice. At 09:00 hours you will board minivan or coach for the start of your exciting journey through Slovenia and Croatia. As you drive into neighbouring Slovenia with its breath-taking scenery, your first stop will be in Postojna Cave. It is also the greatest tourist attraction in Slovenia and one of the world’s largest karst monuments. It is the only cave in the world operating a cave train, so visitors can admire the immensity and the powerful allure of the underground world, where the geological past is revealed to visitors in its own way while riding a train. We will have lunch and afternoon drive to magical Bled. With immense natural beauty, Bled, together with its surroundings, ranks among the most beautiful alpine resorts, renowned for its mild, healing climate and thermal lake water. Glide across the bluegreen surface of the lake, visit the lake island covered in lush greenery. We will take traditional Pletna boat to the small island situated in the middle of Lake Bled and visit its iconic 15th century Island Church of the Assumption. Overnight in Bled.

Discover Slovenia’s enchanting mountain region as you travel to Bohinj Lake where we will see very attractive 700 years old Church of St. John the Baptist is surrounded by Bohinj Lake. This church is what every medieval church should be: small, on a reflecting body of water and full of exquisite frescoes. The nave is Romanesque, but the Gothic presbytery dates from about 1440. Many walls and ceilings are covered with 15th- and 16th-century frescoes. Bohinj Lake is completely different lake than Bled, you will see high forest around and feel peace in the air. We will take Cable car ride to the top of the Mount Vogel and admire a stunning view of the lake and Julian Alps mountain range, with the highest Slovene peak (Mt.Triglav) rising above it. This afternoon we will have traditional Slovenian lunch at the local restaurant before back to our hotel in Bled. Overnight in Bled.

After breakfast at your hotel we will meet our guide at lobby at 09:00am to drive to Slovenia’s capital, Ljubljana, for a guided walking tour of the Old Town. For the ones that are joining today meeting point with the guide is MesniTrg (Centre of Ljubljana) at 10:30 hours. Ljubljana, which has preserved evidence of a five thousand year history including, among others, keep the remains of the Roman city of Emona and the old city center with its medieval castle, Baroque façades, decorative portals and uneven roofs. Other significant bits of the city mosaic are picturesque bridges across the Ljubljanica River and the vast Tivoli Park, which stretches into the very city center. Guide will walk us through Ljubljanica River, we will see three bridges square and Cathedral. After a relaxed time in Ljubljana we will have lunch at local restaurant in centre of Ljubljana and afternoon depart to Zagreb where we expect to come in the evening hours. Overnight in Zagreb.

After breakfast we will have Zagreb city tour. We will visit fortified Upper Town – the city’s historical center, St. Mark’s church with it multicolored roof, the Cathedral, the Croatian National Theatre and University. Zagreb has grown out of the two medieval settlements, Kaptol and Gradec, which for centuries developed on neighbouring hills. The 20th century brought the Secession style to its public buildings, parks and fountains emanating the lofty spirit of the Austro-Hungarian Empire. It can offer to its visitors the Baroque atmosphere of the Upper Town, picturesque open-air markets, diverse shopping facilities, and abundant selection of crafts. Zagreb is a city of green parks and walks. Lunch in Zagreb where we will taste traditional Zagorje cuisine and relaxed afternoon on your own in Croatian Capital. Overnight in Zagreb.

Breakfast at the hotel and departure to Plitvice National Park. For the ones that are joining today meeting point is at 08:00 hours at the Hotel (name of the hotel will be given on time). We shall be there around 10:30 and start our tour of Plitvice National Park. Plitvice Lakes are Croatia’s first contribution to the UNESCO’s List of World Natural Heritage enlisted in 1979 and one of the Europe’s most beautiful nature parks situated in the mountainous region of Lika. A total of 16 lakes lying at different altitudes are separated by travertine barriers and linked by foamy waterfalls and cascades. As the geological processes continue, the wonderfully blue lakes and waterfalls are continuously changing. After exploring Park we will have traditional Lika county lunch with local specialties and late afternoon drive to your hotel in Zadar. Overnight in Zadar.

Breakfast followed by Zadar city tour, including Roman Forum from the 1st century, St. Donatus Church from the 9th century, magnificent monument of Romanesque architecture, trademark of the city, and Cathedral of St. Anastasia. Despite its turbulent past, Zadar succeeded to preserve its heritage, between the 11th and the 14th centuries, the golden age of art and culture that flourished behind the protective walls of the city. After some relaxed time and lunch enroute, we will proceed to National Park Krka, seventh National Park in Croatia. Upon arrival, head for the last set of falls before the river meets the sea, where the Skradinski Buk Falls form a spectacular multi-level cascade over travertine cliffs. The whole area is rich with vegetation as well as birds and fish. Due to new strong preservation laws, this extraordinary area has been kept in its original pristine state. A visit to the ethno village and old mills and enjoying the view of the foamy waterfall Skradinskibuk. Departure to Split where we expect to come by 18:00hours.

Drinks with meals are not included

By road via private air-conditioned vehicle

Tips and extras in general 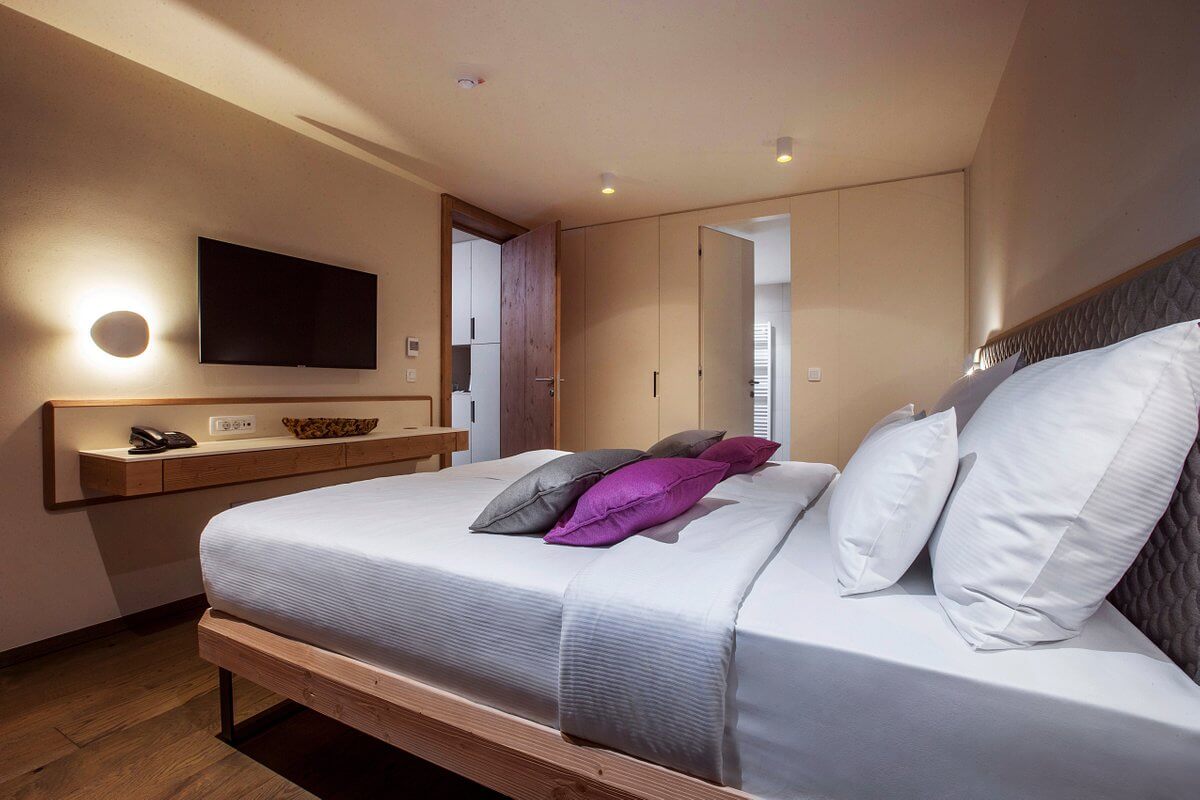 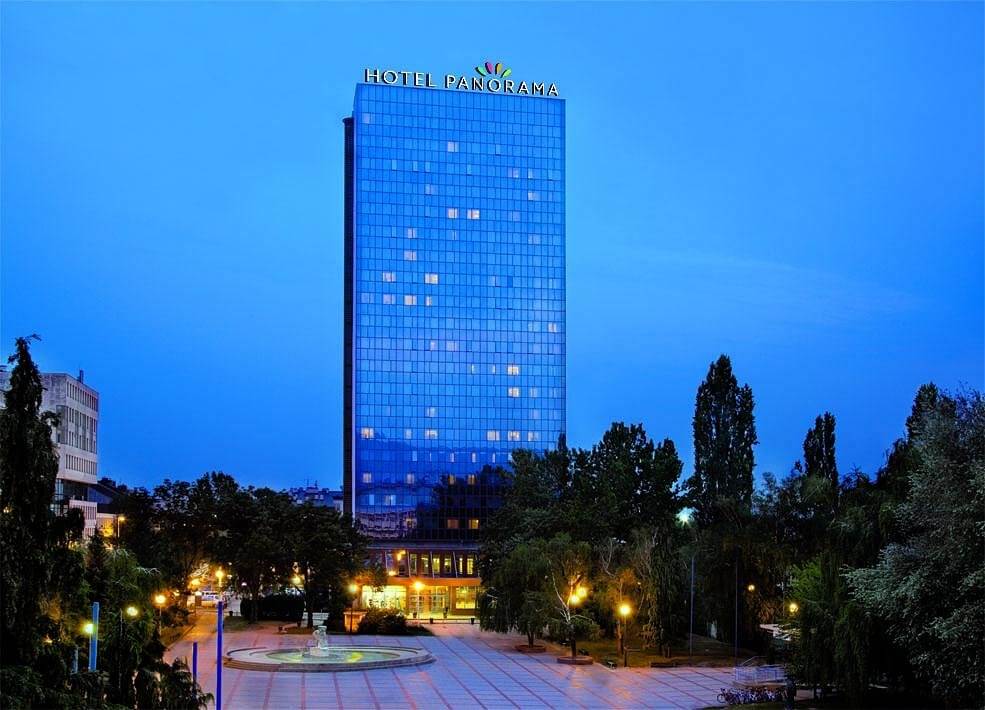 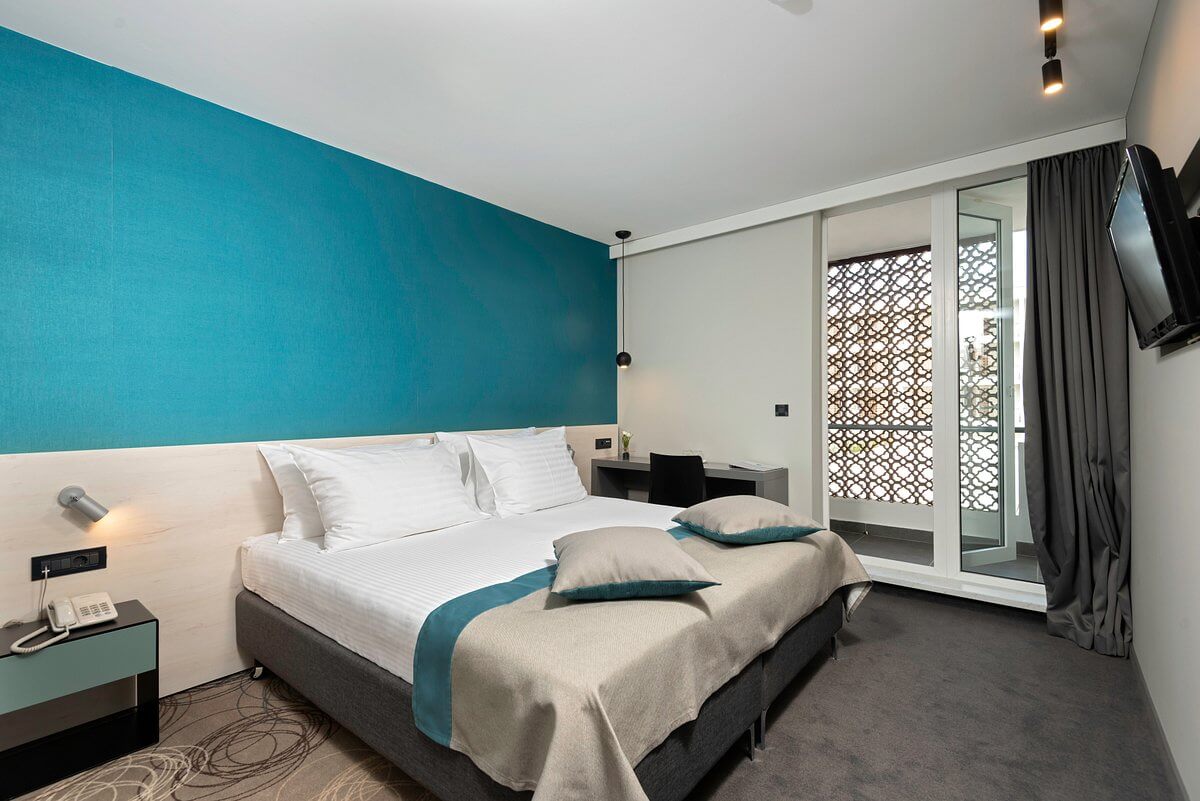 Tour can be a combination of regular tours; therefore coach changes may be required.

Hotel taxes, service charges and tips for baggage handling are included in the tour price.

The order of itinerary is subject to change without notice.

Reviews for Journey to Croatia

Review for: Egypt in Style

Sun Island Tours was very helpful and accessible whenever we had questions during the planning stage. The Cruise was wonderful, everything we had ever hoped for. We had a great time and met some wonderful people. The Greek Island package was great too! Sun Island choose the best hotels for us in Greece, and made sure that each hotel catered for us perfectly. In Santorini we wanted to stay at the beach, rather than the cliffside. All of our friends kept recommending the cliffside, for the caldera view. We spoke with Sun Island, and they ended up accepting our request for the beach, and choosing the perfect hotel with a view of the water. We were there for only two nights, so they organised a wonderful volcano trip with a sunset cruise on the first day, and we saw the sunset from Oia. The following night they recommended the perfect restaurant for us. The cruise in Croatia was wonderful. Very well organsied. Im glad we went for the deluve option which included touring in each destinations. The food was 5 star and sites were well beyond my dreams. What an amazing part of the world.

Reply from Sun Island Tours
Thanks Jenny and Toni. Our Egypt guides are true Egyptologists so its no wonder you had such a brilliant holiday ???? Cant wait to get you both on another tour of ours. You should have already received the brochures by now and please contact your agent Jillian when you're ready to book ???? Thanks Ucango Travel & Cruise Centre
Marios Argyrou 26 May 2019
Just returned from a trip

Just returned from a trip to Croatia and Spain with Sun Island Tours and loved every second of it. The cruise in Croatia was the best way to view the Croatian Coast. Jure the cruise manager tended to all our need a and ensured we had a great trip. What a beautiful place. Rodrigo and Maria in Spain made us feel like locals in Spain. Our next trip will be to Egypt, Jordan and Israel and we will definitely be using Sun Island Tours again.

Reply from Sun Island Tours
Hi Marios, sounds like you had a fantastic time. If you do plan to do Egypt Jordan and Israel in the future, we do have a 21 day tour (From Pharaohs to Prophets/From Prophets to Pharaohs) which might suit you. Alternatively we have some shorter tours than do any combination of two of those three countries. Hope to see you there soon!
Add New Review 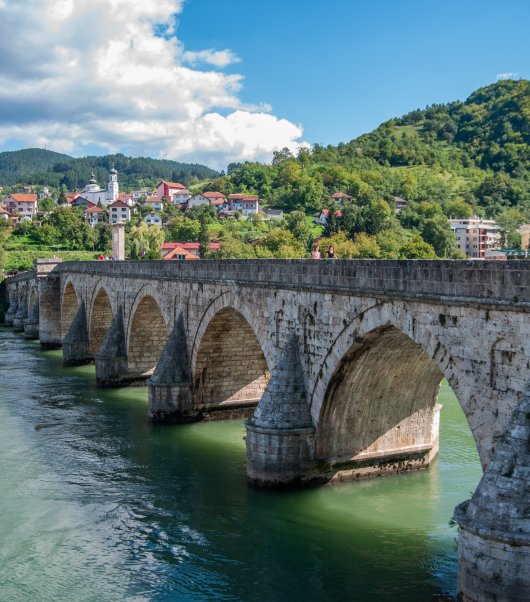 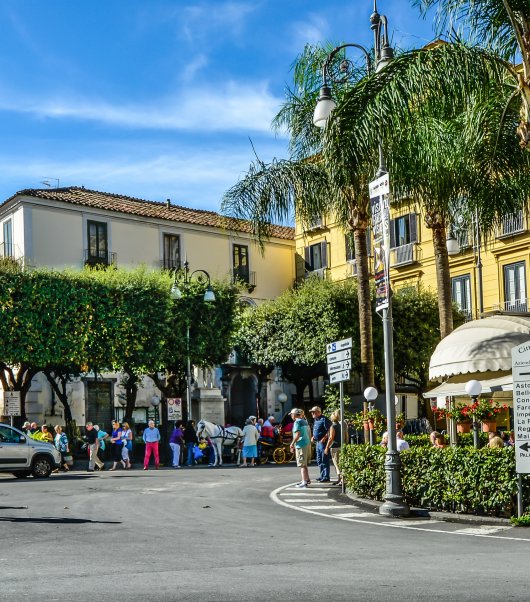 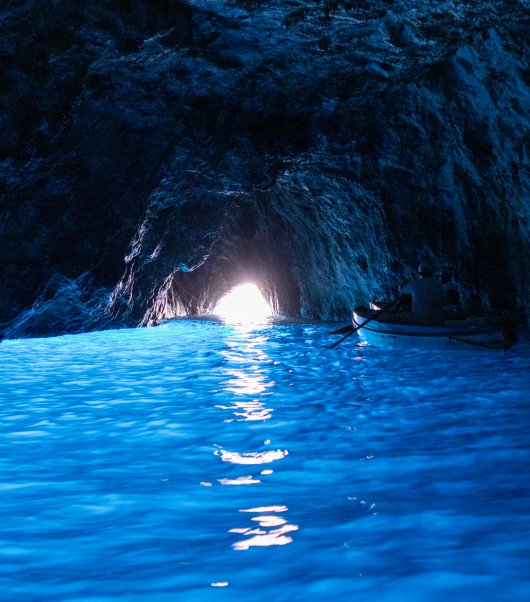 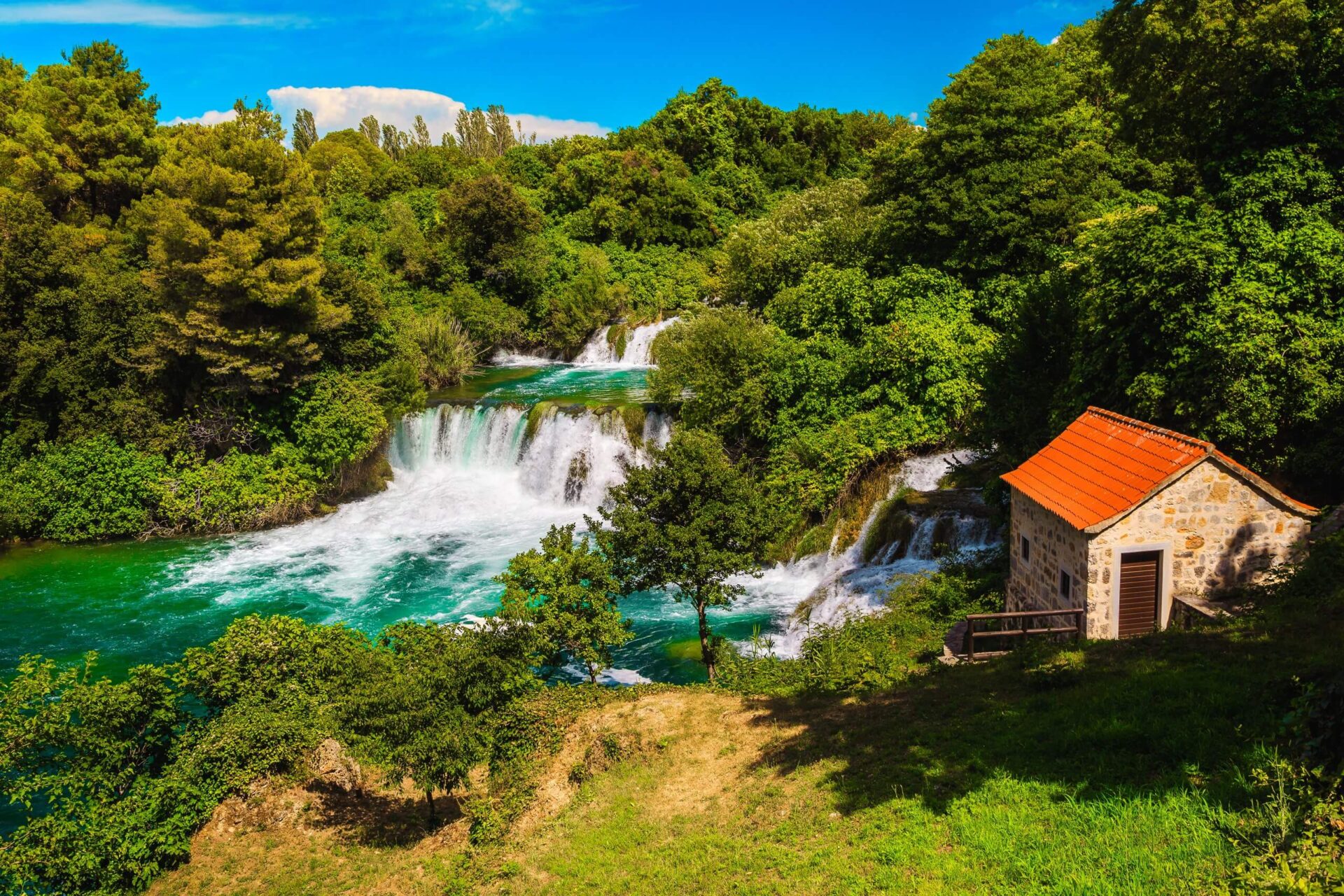 Fill out the form to get the ‘Journey to Croatia’ brochure containing all the important information right to your inbox.